CHITRAL: The three-day paragliding event got underway at Zaini pass in Morkhow valley of Upper Chitral on Friday.

The minister also participated in the event as a paraglider amid the jubilation by a large number of locals and guests from other parts of the country.

A number of known paragliders are participating in the event.

The minister said there were many spots that needed to be promoted to attract foreign tourists. He lauded the district administration for organizing the event despite all odds.

Speaking on the occasion, Deputy Commissioner Mohammad Ali said they would organize more such events in the district.

The people appreciated the efforts of Deputy Commissioner Mohammad Ali in organising the event. “We appreciate the deputy commissioner for his commitment to organizing the event. More such events must be organized in other spots of the newly established district,” he added. 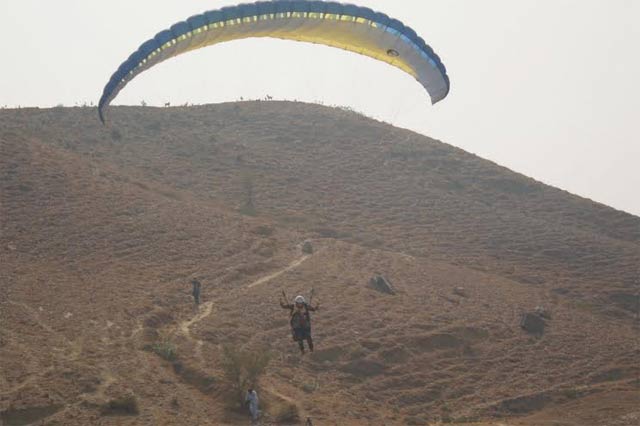